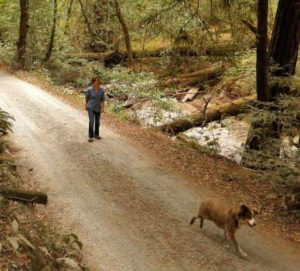 Planned logging near a Healdsburg stream that provides some of the last refuge in the region for wild coho salmon has been put on hold after a court decision overturned a timber harvest plan for the 160-acre site.

Chouteau also agreed with neighbors’ claim that property owner Ken Bareilles failed to sufficiently address the effects of logging trucks on narrow roadways and five rural bridges they would travel to haul lumber from the remote parcel.

The resolution is unlikely to be the final chapter in the dispute, with both sides anticipating ongoing legal battles.

“The land isn’t safe until it has a conservation easement on it or a harvest plan geared for limited, smaller-scale logging, said Lucy Kotter, a one-time forester and a spokeswoman for Friends of Felta Creek, which was formed to block the plan.

Bareilles, a Eureka attorney, said Wednesday he still hopes he can start logging in the spring and intended to revise and resubmit his timber harvest plan for approval in the meantime.

He said concerns regarding traffic and bridges would be more easily addressed than those related to at-risk fish populations, but he said a sustained rise in lumber prices meant he wouldn’t lose any money while he worked the problems out.