With the shocking loss of thousands of homes and dozens of lives in the Camp and Woolsey fires in Northern and Southern California, people are looking for answers as they try to understand how a tragedy such as this can be prevented in the future.

As people struggled to evacuate, President Donald Trump in a tweet blamed the fires on poor forest management and repeated the claims before his visit to California. While Trump did not explicitly call for an expansion of logging in his latest response, he has previously touted this strategy as a way to curb fires. Meanwhile, the federal government is moving to allow commercial logging in areas such as the Los Padres National Forest outside Santa Barbara, claiming it will prevent fires. Interior Secretary Ryan Zinke has also blamed “environmental terrorist groups” for preventing the government from properly managing forests. 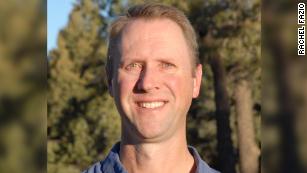 Chad Hanson
It is deeply troubling that Trump and his administration would support logging as a way to curb fires when studies have shown it’s ineffective. In the most comprehensive scientific analysis conducted on the issue of forest management and fire intensity — which looked at more than 1,500 fires on tens of millions of acres across the Western United States over three decades — we found that forests with the fewest environmental protections and the most logging actually tend to burn much more intensely, not less.