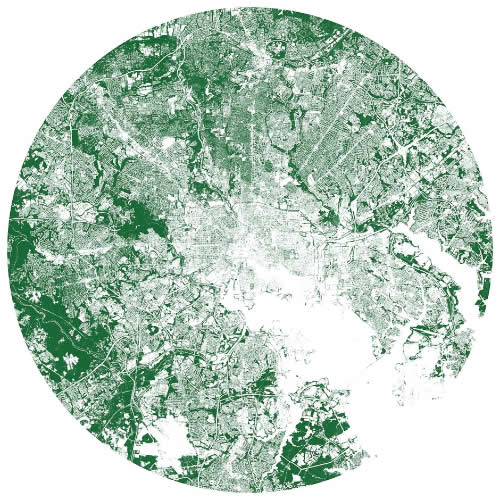 How many trees are in your city?

It might seem like a straightforward question, but finding the answer can be a monumental task. New York City’s 2015-2016 tree census, for example, took nearly two years (12,000 hours total) and more than 2,200 volunteers. Seattle’s tree inventory won’t be complete until at least 2024. Such efforts aren’t done in vain; in the short term, they allow cities to better maintain their urban trees. And over the long run, they lay out the foundation for various initiatives that address everything from climate change to public health.

So to make the task of counting trees easier, a team of cartographers and applied scientists at geospatial analytics startup Descartes Labs is turning to artificial intelligence. In their quest to leave no tree uncounted, they built a machine learning model that can map an entire city’s canopy, even subtracting other greenery that might look like trees in satellite imagery. The resulting maps reveal a green thumbprint of each city—like this one of Baltimore and its surrounding leafy suburbs.