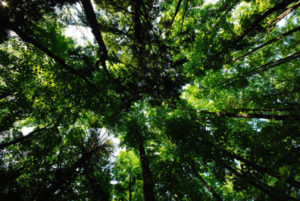 There is enough room in the world’s existing parks, forests, and abandoned land to plant 1.2 trillion additional trees, which would have the CO2 storage capacity to cancel out a decade of carbon dioxide emissions, according to a new analysis by ecologist Thomas Crowther and colleagues at ETH Zurich, a Swiss university.

The research, presented at this year’s American Association for the Advancement of Science conference in Washington, D.C., argues that planting additional trees is one of the most effective ways to reduce greenhouse gases.

Trees are “our most powerful weapon in the fight against climate change,” Crowther told The Independent. Combining forest inventory data from 1.2 million locations around the world and satellite images, the scientists estimate there are 3 trillion trees on Earth — seven times more than previous estimates. But they also found that there is abundant space to restore millions of acres of additional forests, not counting urban and agricultural land.

“There’s 400 gigatons [of CO2 stored] now in the 3 trillion trees,” Crowther said. “If you were to scale that up by another trillion trees, that’s in the order of hundreds of gigatons captured from the atmosphere – at least 10 years of anthropogenic emissions completely wiped out.”

Tree planting is becoming an increasingly popular tool to combat climate change. The United Nations’ Trillion Tree Campaign has planted nearly 15 billion trees across the globe in recent years. And Australia has announced a plan to plant a billion more by 2050 as part of its effort to meet the country’s Paris Agreement climate targets.