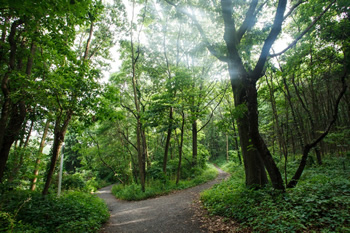 Natural forests require only a light touch of management mostly to counter the negative effects of human encroachment.  Urban forests on the other hand require serious protection and management thanks to the pressures placed upon them by citizens.  Here are some ways to improve management of urban forests: Rick Coates

Forested areas in cities may seem best left untouched, but it’s a common misconception that they can take care of themselves, according to Sarah Charlop-Powers, executive director of New York City’s Natural Areas Conservancy.“We need to undo the conception that natural areas are inherently self-sustaining,” she said. “We need to start thinking of [them] as one more type of urban parkland, and we’d never say: ‘We built that playground; we don’t need to check and make sure the equipment is in good working order.’”That’s one conclusion to be drawn from a survey of managers of urban forests that Charlop’s group conducted with the Trust for Public Land and the Yale School of Forestry & Environmental Studies. It’s the first national survey of people who oversee America’s “urban forested natural areas”—that is, native habitats and woods in cities, which account for 84 percent of urban parkland nationwide, according to the Trust for Public Land. (Technically, the term “urban forest” refers to all trees in a city; I use it here as shorthand for forested natural areas.)