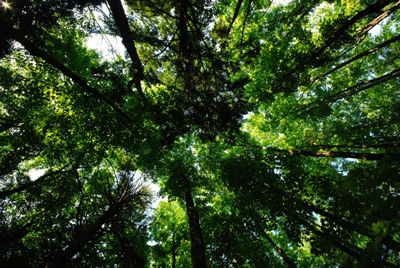 The Napa County Board of Supervisors on Tuesday adopted new rules drafted to protect the watershed in the hillsides above the Napa Valley floor.

The vote came after multiple meetings during which some asked for stricter rules to protect native trees and the watershed and to combat climate change. Supporters of Measure C, the ballot measure rejected by 51 percent of the vote in June 2018, and others wanted provisions that would have offered native trees and watersheds greater protections than those approved Tuesday.

However, others called the new rules unnecessary, infringing on property rights and full of unintended consequences. Napa County until now had considered agriculture the highest and best use of the land, opponents to more regulations said. Tuesday’s vote changes that.

Representatives for both sides agreed on one point: the issue is not settled.

Measure C co-sponsor Mike Hackett said the ordinance was an incremental step in the right direction. At the same time he did not hide his disappointment. “Our basic premise was to protect the watershed and the trees on our hillsides. This particular ordinance does not do that adequately,” said Hackett, a retired airline pilot from Angwin.

Jim Wilson, co-sponsor of Measure C, did not rule out another initiative. “We’re disappointed,” he said after the vote. “All options are open.”

Stu Smith, general partner at Smith-Madrone, strongly opposed Measure C. He was against the new ordinance out of principle. Napa County’s agriculture already faced strict regulations, Smith and others said, adding the science did not back the need for new rules.

“There was no need to do this,” Smith said of the ordinance which he calls “Measure C 2.0.” Measure C was defeated at the ballot. Tuesday’s vote “subverted the will of the people,” Smith said. “I’m furious.”

What’s next is anybody’s guess,” Smith said after the vote.

There is no end in sight, he predicted, referring to the land-use controversies affecting agriculture raging in Napa County. “The battle continues ad nauseam.”