by Georgina Gustin, Inside Climate 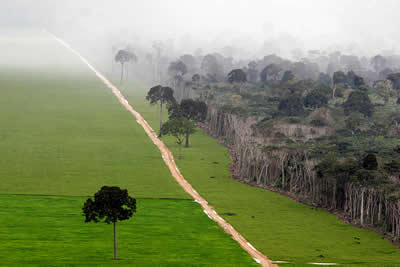 The world’s forests continue to disappear at an alarming rate, threatening a resource that scientists say is a crucial “natural solution” for controlling climate change on an urgently short timescale.

Last year, the planet saw its fourth-highest level of tropical tree loss since the early 2000s—about 30 million acres, according to a new analysis published Thursday.

Those losses have continued even as more corporations and countries made commitments to preserve forests, and as scientists emphasized that maintaining forests must be a global priority—as crucial to staving off the worst risks of climate change as cutting fossil fuel use