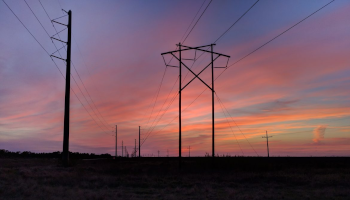 By Peter Phillips and Tim Ogburn

[Reposting of this article is permissible, but only if linked back to the original source here]

The Pacific Gas and Electric Company (PG&E) has diverted over $100 million from safety and maintenance programs to executive compensation at the same time it has caused an average of more than one fire a day for the past six years killing over 100 people.

PG&E is the largest privately held public utility in the United States. A new research report shows that 91% of PG&E stocks are held by huge international investment management firms, including BlackRock and Vanguard Group. PG&E is an ideal investment for global capital management firms with monopoly control over five million households paying $16 billion for gas and electric in California. The California Public Utility Commission (PUC) has allowed an annual return up to 11%.

Between 2006 and the end of 2017, PG&E made $13.5 billion in net profits. Over those years, they paid nearly $10 billion in dividends to shareholders, but found little money to maintain safety on their electricity lines. Drought turned PG&E’s service area into a tinderbox at the same time money was diverted from maintenance to investor profits.

A 2013 Liberty Consulting report showed that 60% of PG&E’s power lines were at risk of failure due to obsolete equipment and 75% of the lines lacked in-line grounding. Between 2008 and 2015, the CPUC found PG&E late on thousands of repair violations. A 2012 report further revealed that PG&E illegally diverted $100 million from safety to executive compensation and bonuses over a 15-year period.